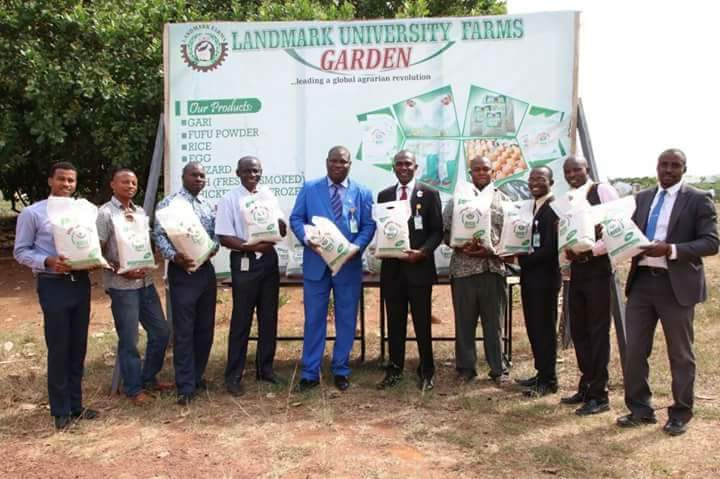 The Vice-Chancellor, Professor Adeniyi Olayanju has reiterated the commitment of the University to become an incubation center for Agripreneurs and agricultural practitioners as catalysts for national economic development. 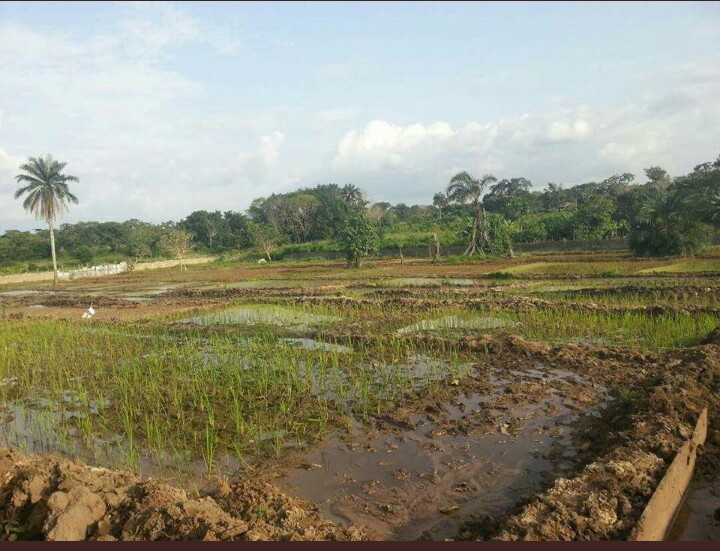 Speaking during the launch of Landmark University Rice on the 23rd November, 2017 at the Landmark Commercial Farm Sales Centre, the Vice-Chancellor said the University’s blueprint for the agro-enterprise accommodates a full-fledged rice processing mill for a large-scale rice production.

“Production of rice is a valuable addition to our context. We did not stop at just planting and harvesting but have gone into packaging for the local and national market. It is a confirmation of the reality of continuous rice production and the increased capacity for teaching and research in cereal production,” he stated.

He recalled that this phase of rice production was flagged in August, 2017, adopting the Sawah eco-technology introduced by the National Centre Agricultural Mechanisation (NCAM), Ilorin. He said with this success, the University is expanding the hectrage of both upland and lowland in the next phase.

The Vice-Chancellor appreciated God for the milestone which he described as a fulfillment of God’s plan for the University in actualizing her vision. In the same vein, he commended the efforts that went into the reality and further called on all stakeholders for more support towards developing other products that will enhance the vision of the University for a Global Impact.

The Director of Landmark University Farms, Dr John Izebere while appreciating the passion of the Vice-Chancellor for the actualization the University’s agrarian vision in terms of product development, expressed happiness over the milestone.

While commenting on the development, the Director said 3 of the equipment used in the processing of the rice were fabricated by a Landmark University graduate of Agricultural & Biosystems Engineering, Mr. Clinton Okonkwo who is currently undertaking his national youth service (NYSC) in the University’s Teaching and Research Farm.